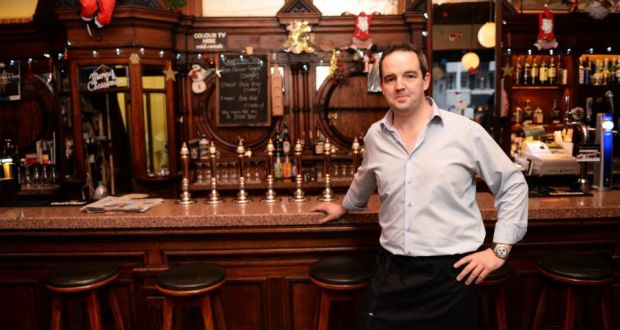 Posted at 19:33h in Swan by Airborne 0 Comments
8 Likes
Share

There have been calls for an end to the increasingly controversial pub crawl known as the “12 pubs of Christmas”. The popular seasonal pastime, in which thousands of people across the country now participate, involves having a drink in 12 different pubs – usually while wearing a Christmas jumper.

The chief executive of of Meas (Mature Enjoyment of Alcohol in Ireland Limited), Fionnuala Sheehan, says her organisation has decided to call time on supporting the tradition out of concert for public health.

“We want to get the message out so that the individuals themselves think about whether they engage in this activity and licensees to be vigilant themselves in relation to it,” said Ms Sheehan.

She pointed out that licencees could not by law serve anyone already drunk.

“Of course, ’tis the season to be jolly, but this kind of pub crawling needs to be dropped. I would appeal to individuals to accept their responsibility to treat alcohol sensibly,” she said. “In overall terms we drink less often in Ireland than our European counterparts, but when we drink we tend to drink more and at a faster pace. Clearly the 12 pubs practice exacerbates this ‘binge drinking’ pattern and this style of drinking.”

Joe Barry, professor of population health medicine at Trinity College Dublin, said the 12 pubs bar crawl was a cause for concern.

Health concerns
“If somebody goes out to 12 pubs and gets drunk they’re going to cause themselves problems and cause hassle for their fellow citizens. The chances of someone ending up in A&E increases when they go out to 12 pubs and drink in each one. If they drink 12 drinks and they don’t get drunk then they have serious problems because their livers are going to pack up,” said Prof Barry.

The Swan Bar on Dublin’s Aungier Street, owned by Ronan Lynch, is one of a number of city centre pubs who oppose the bar crawl.

“We were getting feedback from our customers that they weren’t happy about large crowds coming in. People were coming in and smashing glasses and being a bit of a nuisance,” he said. “When you have 30 people coming into a small Victorian pub like ours, it can’t really cope with the large numbers. The decision to stop ‘12 pubs’ people coming in is because of a combination of customer feedback and the behaviour that accompanies 12 pubs.”

Pub etiquette
Lynch and his father Seán Lynch co-own the Swan, which has been in operation since 1937. “My grandmother advised me that when you’re running a pub, you should treat it like a party in your front room,” said Lynch.

He pointed to a drinking culture that differs between the older and younger generation and a failure by some young revellers “to understand pub etiquette”.

“I’m not tarring everyone with the same brush but it is typically the older generation who can come in, sit down, have a chat and have three or four drinks.

“A problem with the younger generation now – and it’s not all of them – is that they aren’t used to this way of drinking in a pub. Getting drunk is the end game for many and that ties in with the 12 pubs.

“People in the pub game are struggling and they have to take in people on the 12 pubs. We’re a small pub without a bouncer. The bigger venues can take these crowds.”

Sorry, the comment form is closed at this time.